Why I so Love Captain America?!

Most girls go gaga over Captain America. I mean, c'mon! Seriously? Should there even be a doubt why? Look at my Bae. Isn't he just impeccably gorgeous?! (Imagine me saying this with hearts in my eyes! Haha!)


Hey, since this is not a real person, (geez! insert face-palm here), he is therefore exempted from that "thing" that I am in. Haha. So I am still good.

I know that it is so wrong and crazy to adore a fictional character. But don't worry this is just for the meantime. Very soon, I will get myself back into the real world. Please DO NOT judge me. Haha! Just take this as that little girl in me writing  in here. 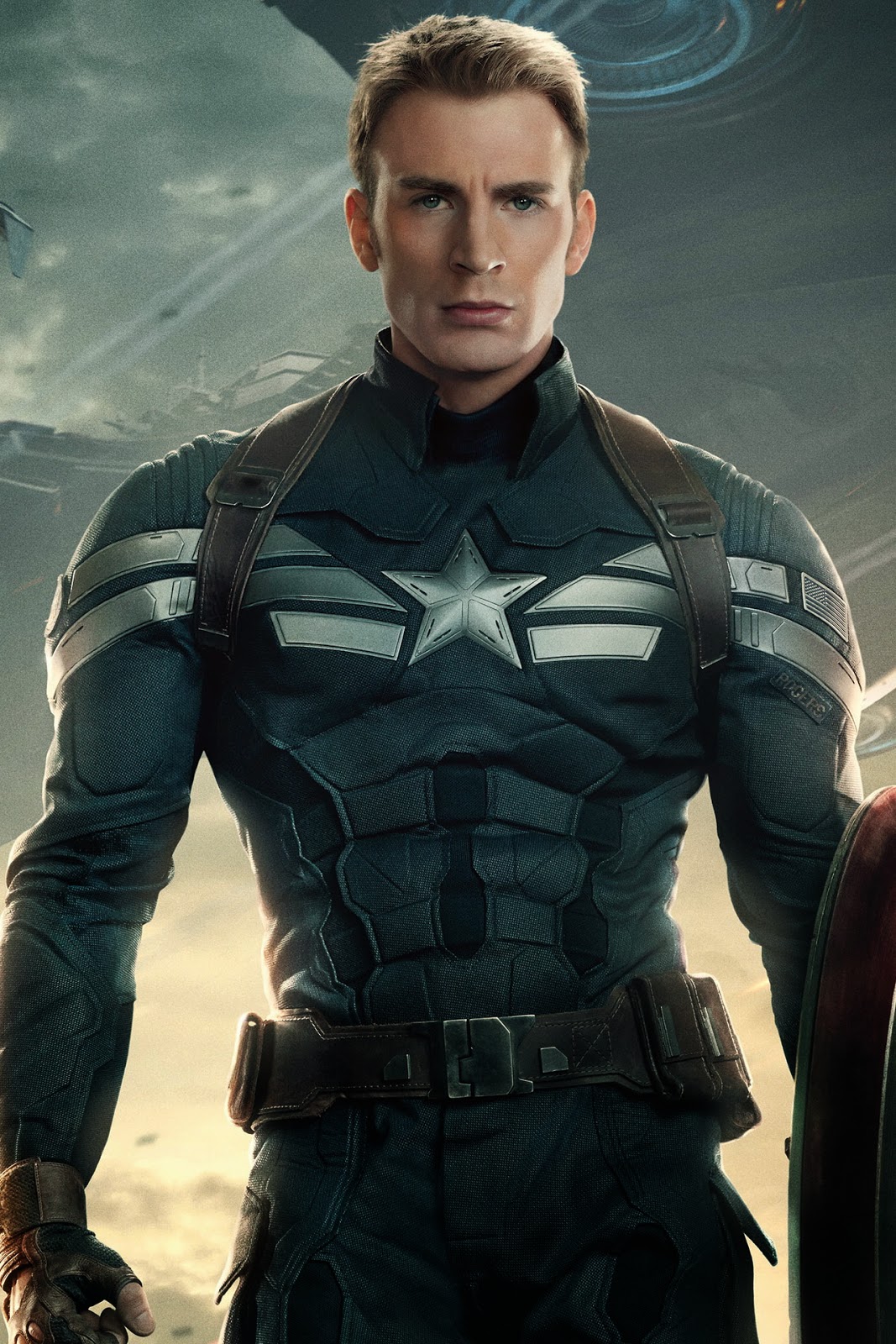 I remember when I was a kid, I and my brother would rush to the master's bedroom at 4:30 p.m. every Sunday to watch Captain America, the cartoon series. And all that I saw on the screen were "Woosh!" "Bash!" "Thud!" as if the clashing sounds were not enough for the viewers to get that they were fighting, huh.

20 years later, I never thought there would be so much life into the character which was portrayed by no less than my most favorite male Hollywood celebrity (my soulmate in the next life! Haha!), Chris Evans. Such a perfect choice for the role! I could not think of anyone better, really. It's like I have always imagined Captain America to be Chris Evans all my life. Exag. I know.

So what makes Captain America my most admired superhero of all time? I guess because he is the closest character to my ideal guy. Ideal means almost perfect, which does not exist in the real world. Hence, he remains to be just a subject of my imagination. And I am fully aware of this. :| But who knows, we never know.

He is persistent and determined. Steve Rogers used to be bullied all his life but he's never run away, he fought back, and ended up getting beaten up instead. He felt in his heart that he was no less obliged to defend his country just because he is physically weak. He kept trying to get enlisted but he wasn't given the chance to prove himself beyond his inability. And he just wouldn't give up. He was so determined that Dr. Erskine saw his unrelenting spirit as something that set him apart from all the big guys out there. 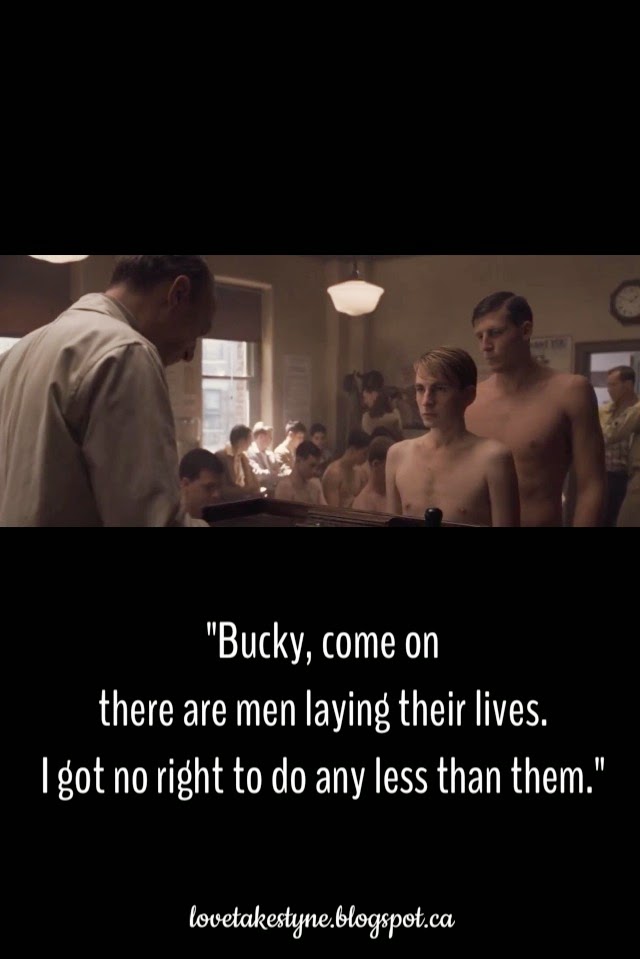 (I like this part here. Tommy Lee Jones was just so funny.) 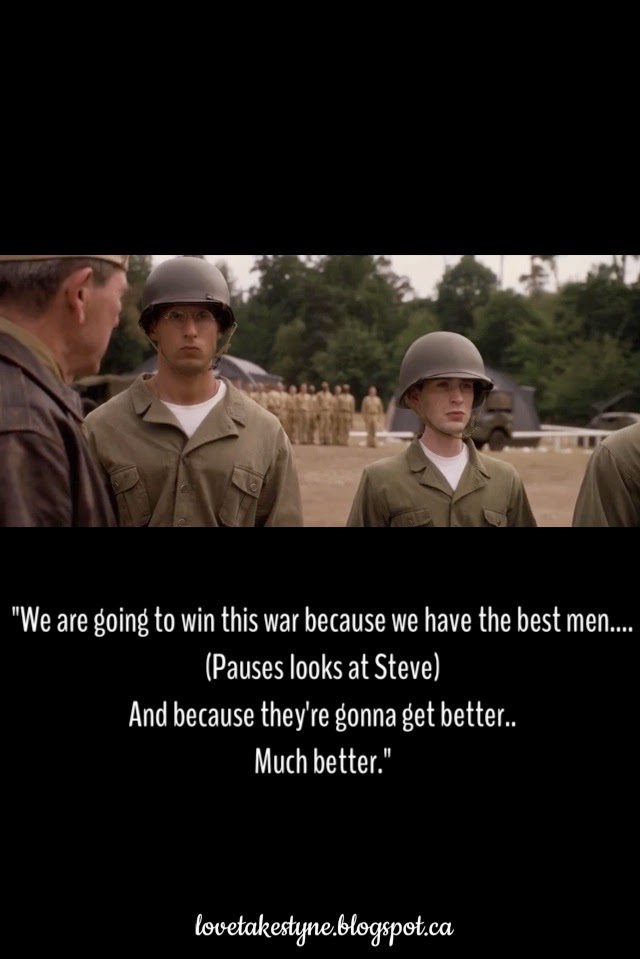 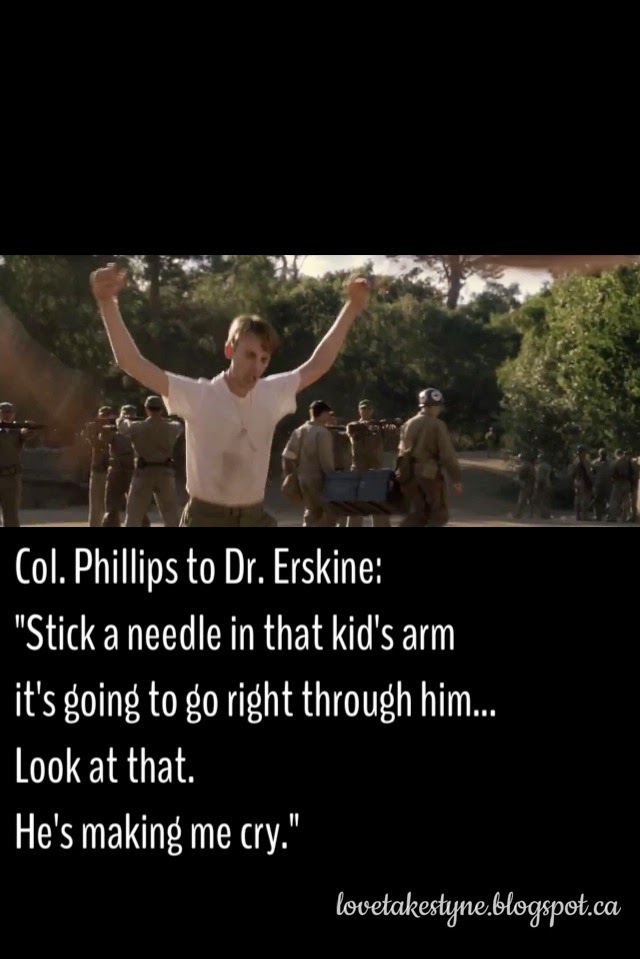 His most powerful weapon is the Goodness in his heart. If you noticed, amongst the avengers Captain America is one of the least powerful, physically. I mean, he only got his famous shield, that's it. Well.. He is tall, strong, and charming, and good-looking... Oops, sorry I got carried away there. Haha! The thing is that, although he was a weakling, what he lacked physically, he made up with the goodness in his heart. He always puts others  ahead of himself. He may just be a small guy but he's got the biggest heart of all. And to me, a good heart always wins. 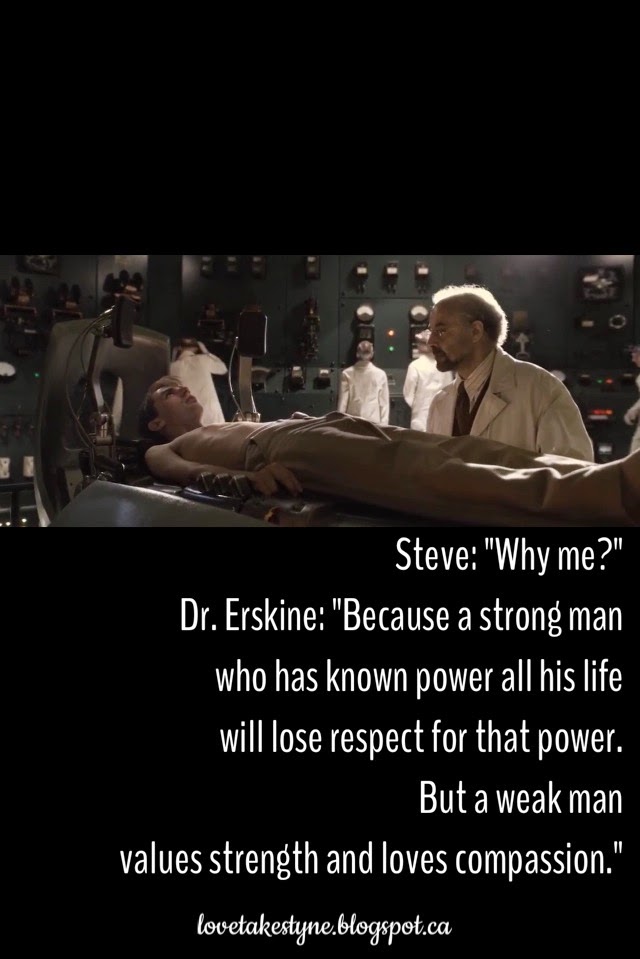 He will do everything for his beloved. Haha! Ok, this sounds so cheesy, I know! But I appreciate that part when he went out of his way to look for his best bud, Bucky. He didn't mind the danger of going there all by himself. I attended a teaching a week ago and it said there, "It is not true love if you are not willing to do ANYTHING for the beloved." Imagine, someone would cross oceans and climb mountains just to find you. Hhmmm.. That is Love. 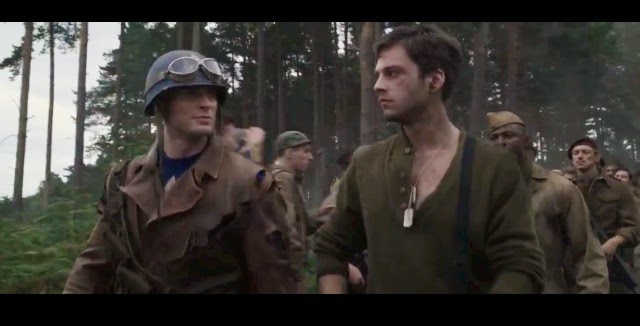 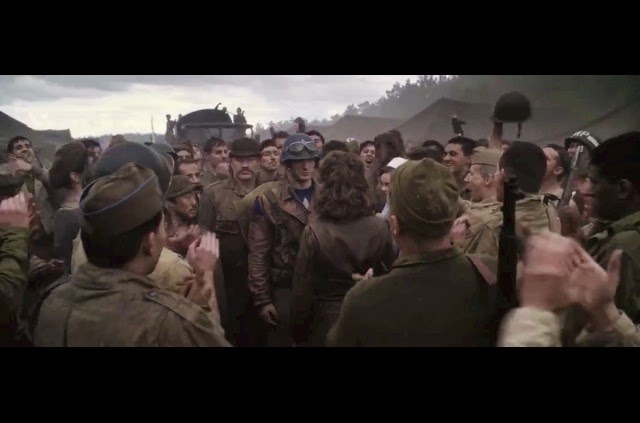 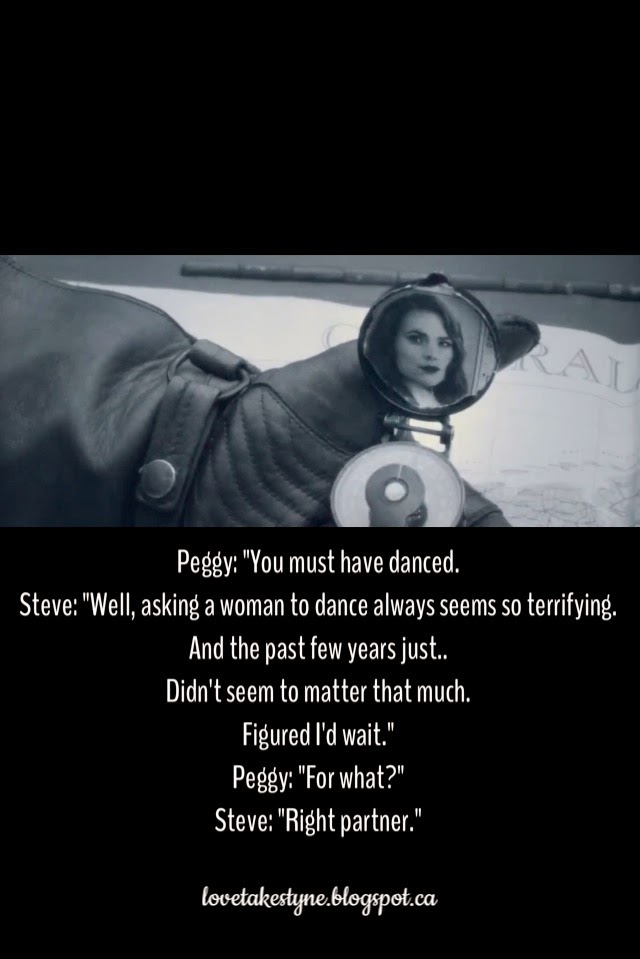 Acknowledgment: Screenshots and scripts were taken from the movie "Captain America: The First Avenger"