Easter is a great reminder of the EXTRAOrdinary love of God for mankind through the Cross that Jesus bore... 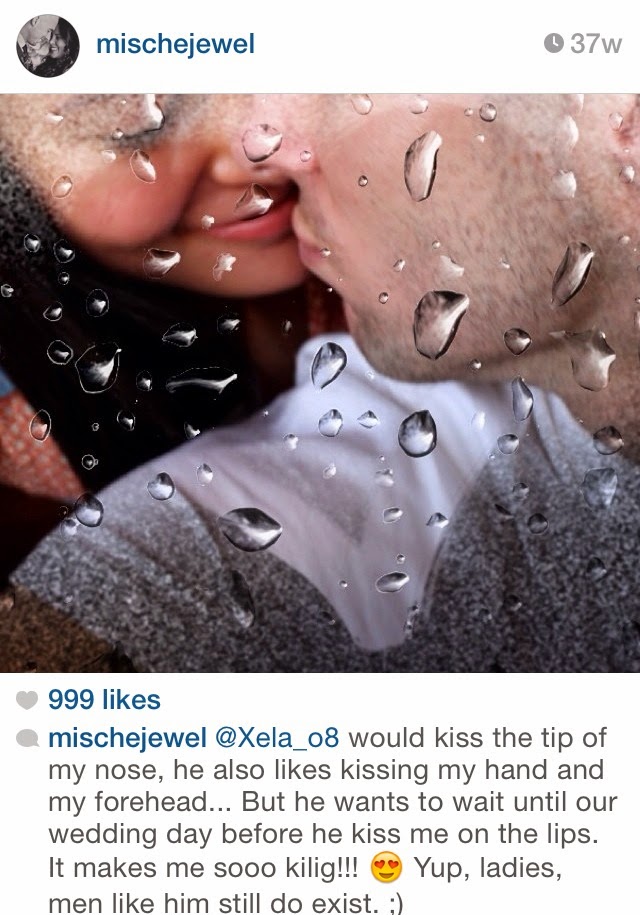 And speaking of EXTRAOrdinary, I'd like to share with you a story of Love that inspired me a lot. It is the story of Jewel Mische & Alister Kurzer. According to Pinoystop, the two had met in a Christian Church when Alister was visiting Philippines in 2012.

Alister was based in the U.S. while Jewel was a celebrity back in the Philippines. He would visit her as much he can. Unlike any other long-distance relationships, their set-up was not a problem for them since they would find ways to communicate in however way possible. And I know how difficult it could be. Trust me. But what intrigued me really was their vow to not engage in physical intimacy before marriage, not even a kiss on the lips. Wow! That's something I rarely hear these days. I am just surprised especially when in these modern, liberal times,  most people seem to be open to just about anything and dating or relationships have become boundless.

Jewel and Alister just got married in March this year and they are now surely basking in pure marital bliss. After 2 years of being under grace with their abstinence, Jewel expressed how overwhelmed they both are for having waited until after marriage. I could feel their excitement in anticipation of their special day. They were able to prove that indeed, "True love waits!" Now, they are enjoying every bit of time they are together, including physical intimacy as a gift of marriage to them.

What they did was an extraordinary act of honoring each other, and most of all, honoring God by denying themselves of their personal worldly desires and seeking God's blessing in marriage. Perhaps, it is really a tough vow to undertake. And they have just taken their relationship to a higher or deeper level. A Love in a whole new and  profound perspective.

I am just amazed at how they managed to stay strong and determined. Kudos to Alister who even initiated the idea of having their first kiss on their wedding day. This means that he already had marriage in mind from the start. And thanks Jewel for letting us know that someone like him still exists in this world today. Indeed, honoring God in your relationship is the best way to pursue Love. :)

Here are the Buzz interview and screenshots of the inspiring insights of Jewel from her IG account: 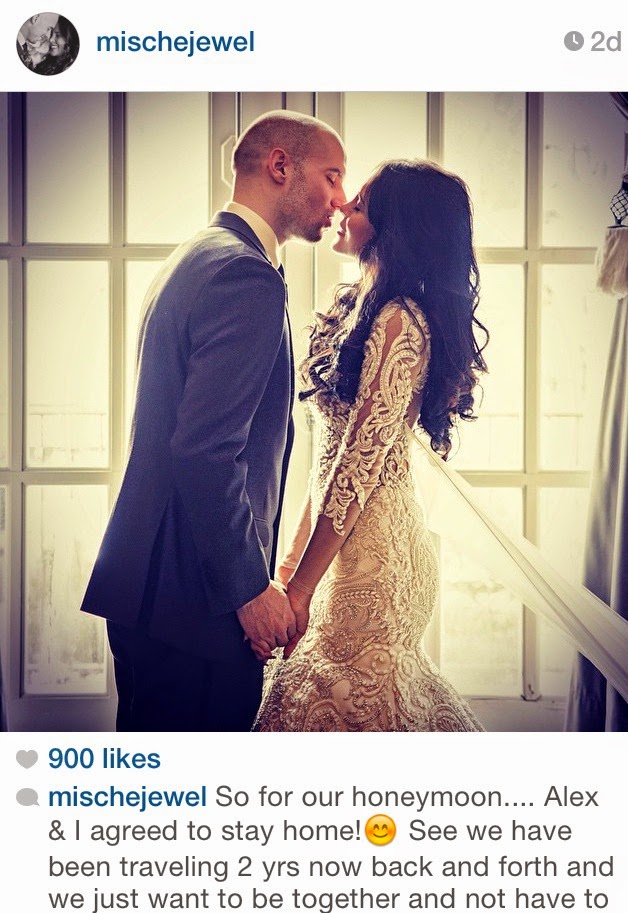 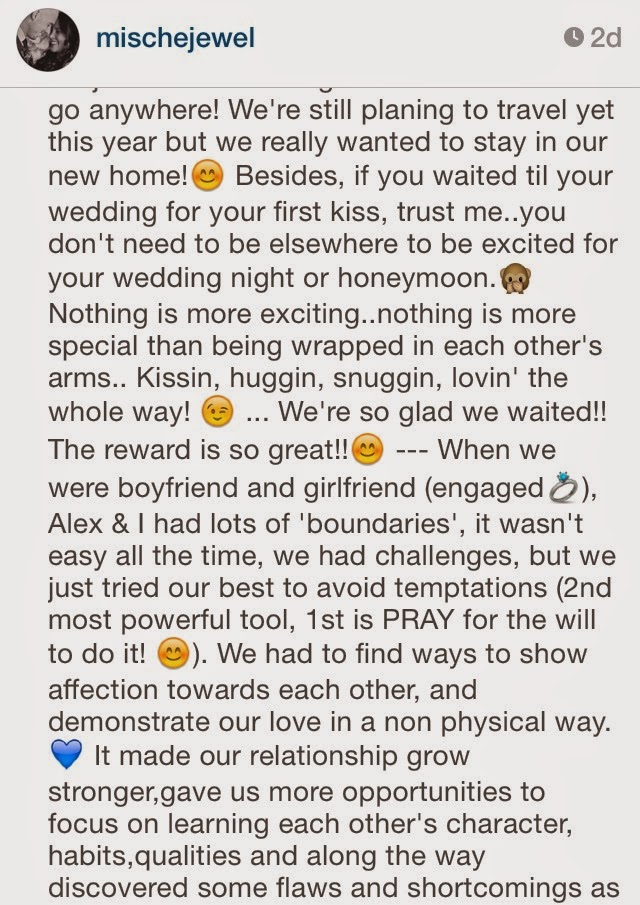 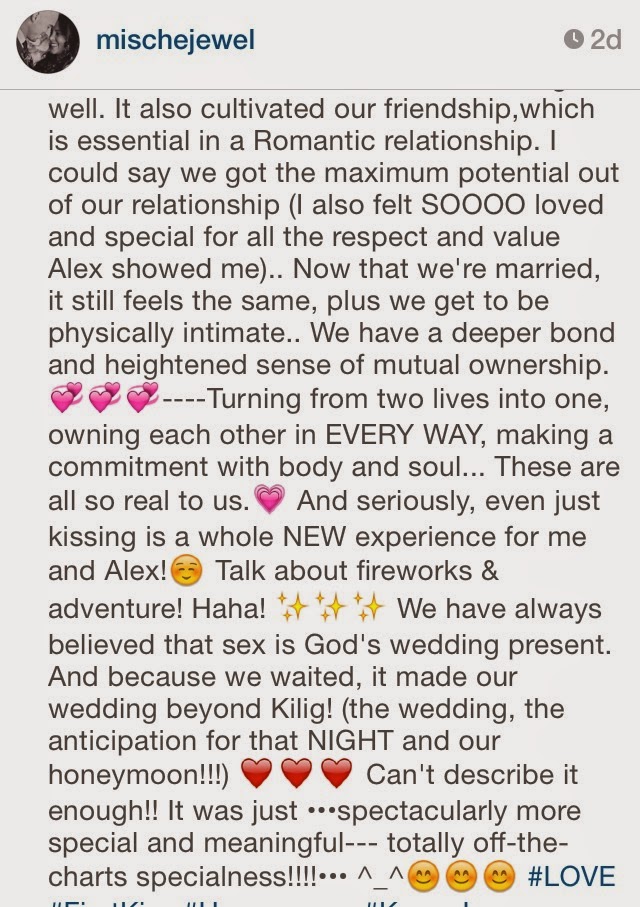 This post is part of the A to Z April Challenge
a blog hop that goes through the alphabet
for all the days of April except Sundays.
Today's feature is E for EXTRAORDINARY.