After being in hiatus for weeks, I am just glad I found the time to write about my epic vacation 2 weeks ago! It has been really a crazy July, I would have to say. The house move, the month-end transition and, of course, the happy kind of busy --- my vacation! Woot!

It wasn’t really part of the plan. Some time early this year, my dearest soul sister Carrie messaged me and asked if she could take my other friend’s slot for the Mexico trip since we already paid that package a year ago. My other friend had a blessing that led to a change in her situation, hence she couldn’t come with me. So we thought of going for the U.S. tour first before the Mexico trip.

And that’s the start of our first timers’ experience in the U.S.A.

So we took the Taipan tour (click here for details of the package). We visited a total of 7 cities in 4 days. I personally think it was good enough for us to just have a feel then we know where to go back to in the future.

Nothing much to see, except for some cheap buys at the outlet stores. What I remember most that day was the Wendy’s Strawberry Field salad. We were pretty much on the road during the first day. It’s like a 9-hour drive from Toronto to New Jersey. 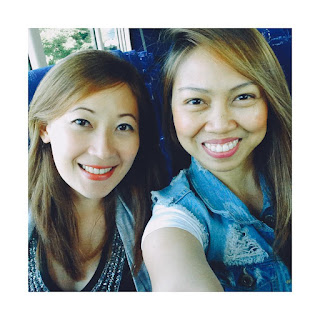 Carrie and I were both excited that day. We’d finally get to see New York – Time Square and the Statue of Liberty! I used to only see Manhattan in big movies and that time I just felt so ecstatic to finally get to see and feel it in person. And when we reached Time Square, I was like “uhm, this is it?” Haha. It’s true what they say that New York is not the cleanest city on earth. But I am happy enough I got to stand where my Captain America stood when he woke up from long years of sleep after his aircraft crashed. Well, at least that’s where the scene in the movie was taken. (I am weird, I know. I am in love with a fictional character.) 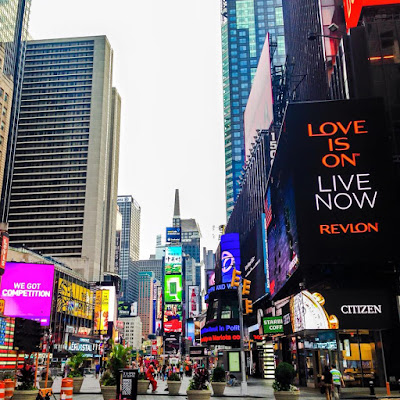 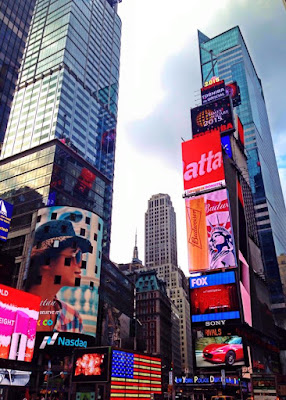 We headed to the harbor for the cruise to have the best view of Manhattan skyline and of course, to say hello to the iconic Miss Liberty statue. 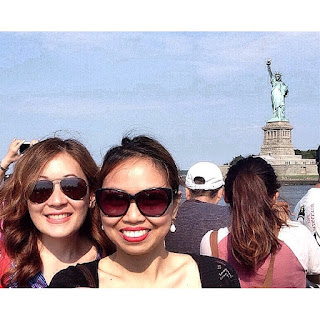 Thereafter we went to the Rockefeller Center to get the overlooking view of Manhattan this time. From there you can see the Time Square, the Central Park and the new World Trade Center, which was erected right at what used to be the ground zero. And I was soo happy to have tasted the famous “New York Cheesecake”! It was like heaven! 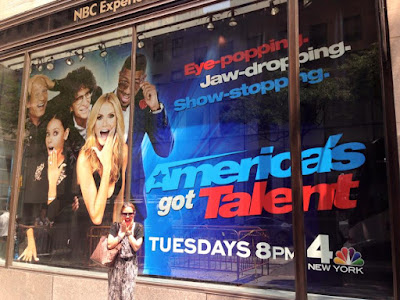 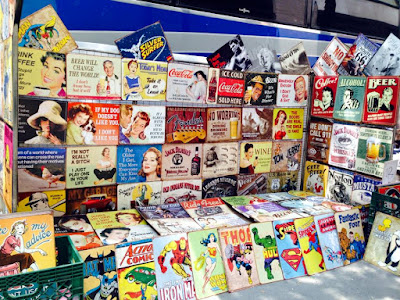 We also visited the Sea-Air intrepid museum where they showcased all types of planes and the actual Hubble@25 space shuttle that was used in 1990 for space exploration. 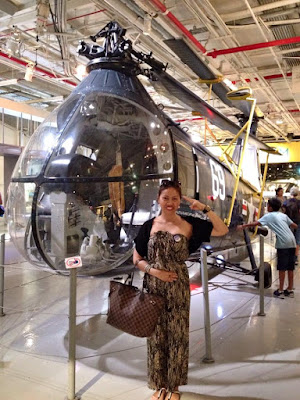 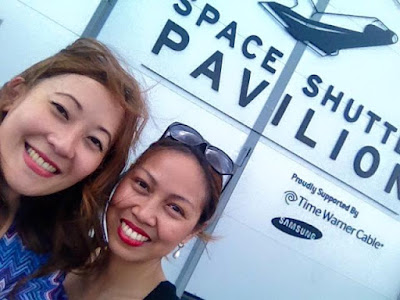 At about dusk, we drove all the way to Atlantic City. From there you can visit a number of premium outlets and of course. You cannot miss the Jersey shore. It was really a lovely evening on the boardwalk. I learned that apparently Miss USA pageant is held yearly in Atlantic City. This explains why at the Sheraton Hotel, where we stayed for the night, there were these displays of the actual dresses and the pairs of shoes that were used by previous winners.

From Atlantic City, we dropped by the Philadelphia Liberty Bell, where one of the scenes in the National Treasure movie was taken. By noon, we arrived at the capital city of the U.S.A. (seriously, once I thought that New York is the Capital. Eeeps!) – Washington D.C. Funny how the weather changed throughout that day. The sun was up high after we went out from the Madame Tussauds Wax Museum. From there, we had our most loved lunch in the entire duration of our trip. Carrie had the mango salad and I had my pizza! We felt the scorching heat all the more when we were outside the Capitol Building and the White house. But then, just a few minutes later in the Lincoln Memorial, it began to rain so hard that we were trapped there for about 30 minutes or so, frightened to get hit by lightning. 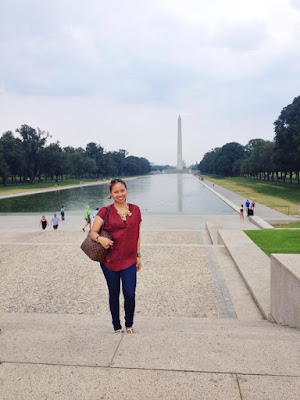 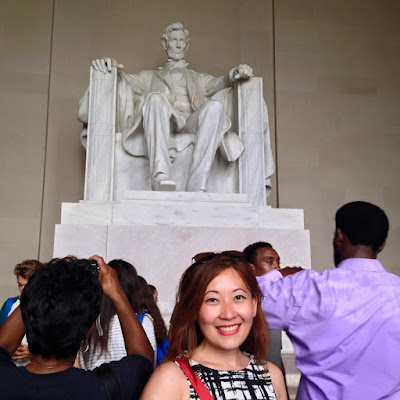 Although drenched in the rain, we managed to find our way back to the bus. Then we all headed to Pennsylvania to cap off the night. I don’t know what the people think about 2 single ladies going for a trip together because we got this weird funny question from the bus driver at the hotel lobby. He asked teasingly, “are you girls going to be noisy tonight?” I am not sure if it’s just us thinking differently but I could sense he meant something naughty. He added, “are you going to swim at the pool?” Really?! We just laughed about it.

So but anyway, the day before that, my friend Joni gave me a challenge to take a photo with a beautiful male stranger. Given that I am too shy to approach guys, she said I can practice with the task she’s given me. So being the wise that I am, I saw a cute concierge personnel at the hotel and asked for a photo with him. Insert face-palm here. I turned red after that. Crazy!

But... Hold on! That wasn’t the highlight of that night yet. We were at the hotel room 212 at Sheraton. Carrie was taking a shower. I was outside talking to my mom over the phone. I heard Carrie’s voice as if she’s talking to someone inside the washroom. Prior to that, she already complained that one of her pillows had a shoe mark on it like someone had stepped on it or something. Then she hurriedly came out of the washroom, almost crying, asking me to go take a look at something she saw inside. On the mirror filled with mist after she’s taken a hot bath, there was a big “HELP” written with 2 handprints on the side. Skeptic me, I took a small towel and wiped the mirror just slightly on the surface to see if that’s been there for a while. And it looked like it was just written. Imagine the horror in our faces as we packed up our stuff and went to the hotel lobby to request for a change of room with Carrie only on her sleepwear. To our dismay, the hotel receptionist just laughed saying it could be a prank. Well, it was not a good prank AT ALL! Geez!

The last day was a bit of slow pace already because we have come to the tail-end of our trip. We visited the Penn’s Cave, where I saw a wild deer for the first time. It reminded me of the Twilight movie somehow. Haha. 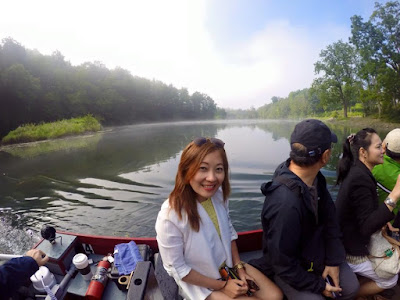 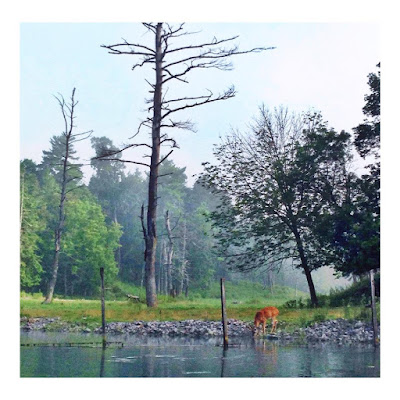 Overall, the Taipan tour was nice. At least now, Carrie and I would have an idea on where to stay longer next time. I mean, not necessarily together again as we would be mistaken to be lovers again. Haha! And for Carrie, she realized that New York wasn’t her dream honeymoon destination after all. Haha! She now agrees with me that for a honeymoon, it would be best to spend it on an island haven or somewhere not AS (corrected) dense as New York. But I’d love to still visit NY on Christmas time where I could play at the famous skating ring where the scene in the “Serendipity” movie was taken or welcome the new year at Time Square. And of course, hopefully by then, with someone special to welcome the new year with, the new yorkers' way. Wink. Wink. Haha! 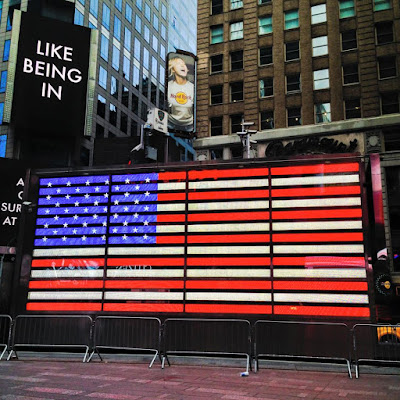 Apologies for the grammatical mistakes here and there. >.< 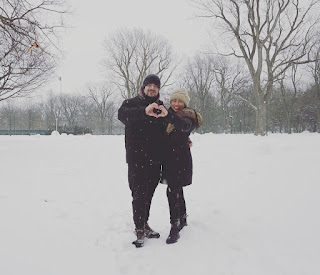